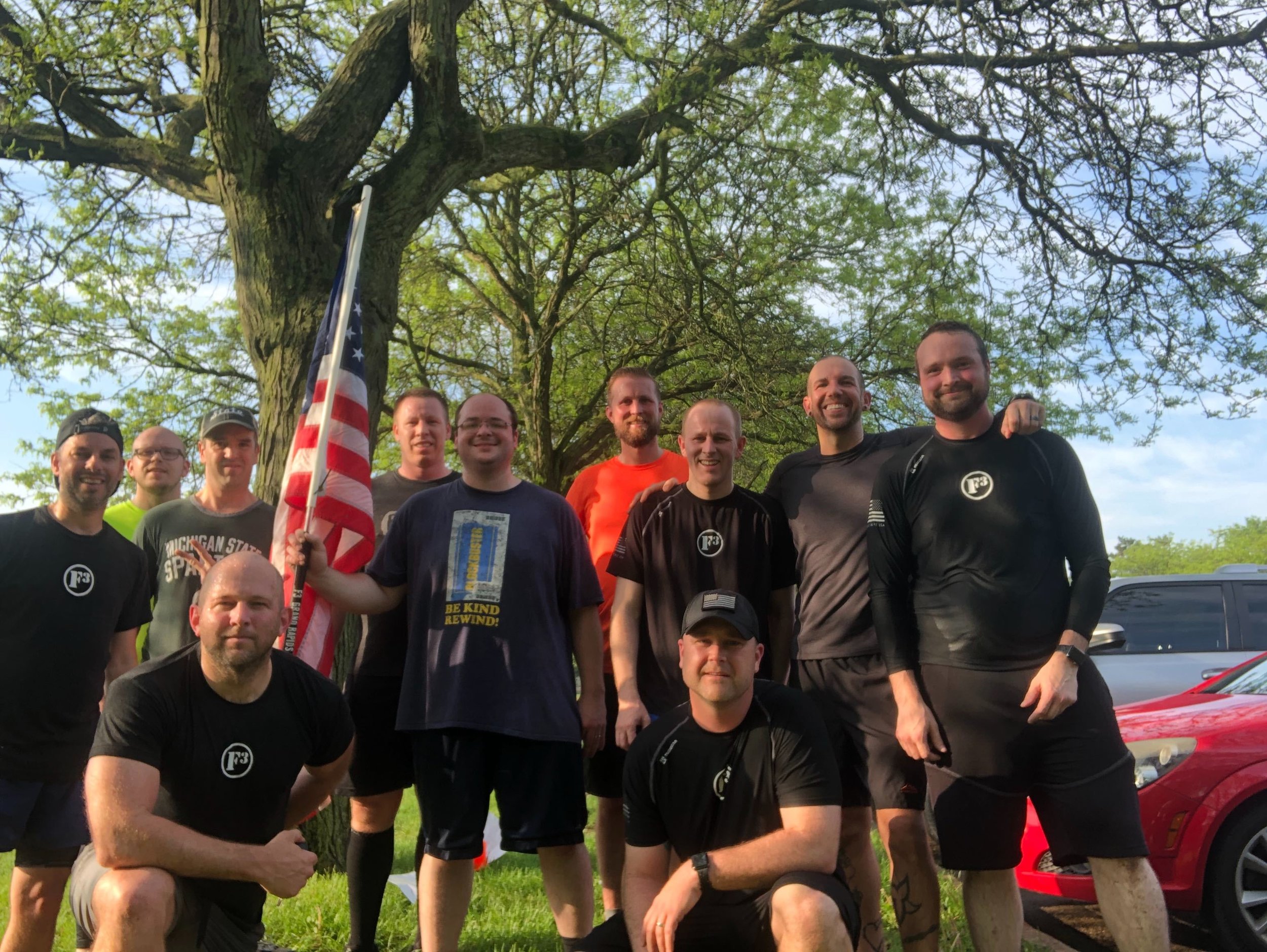 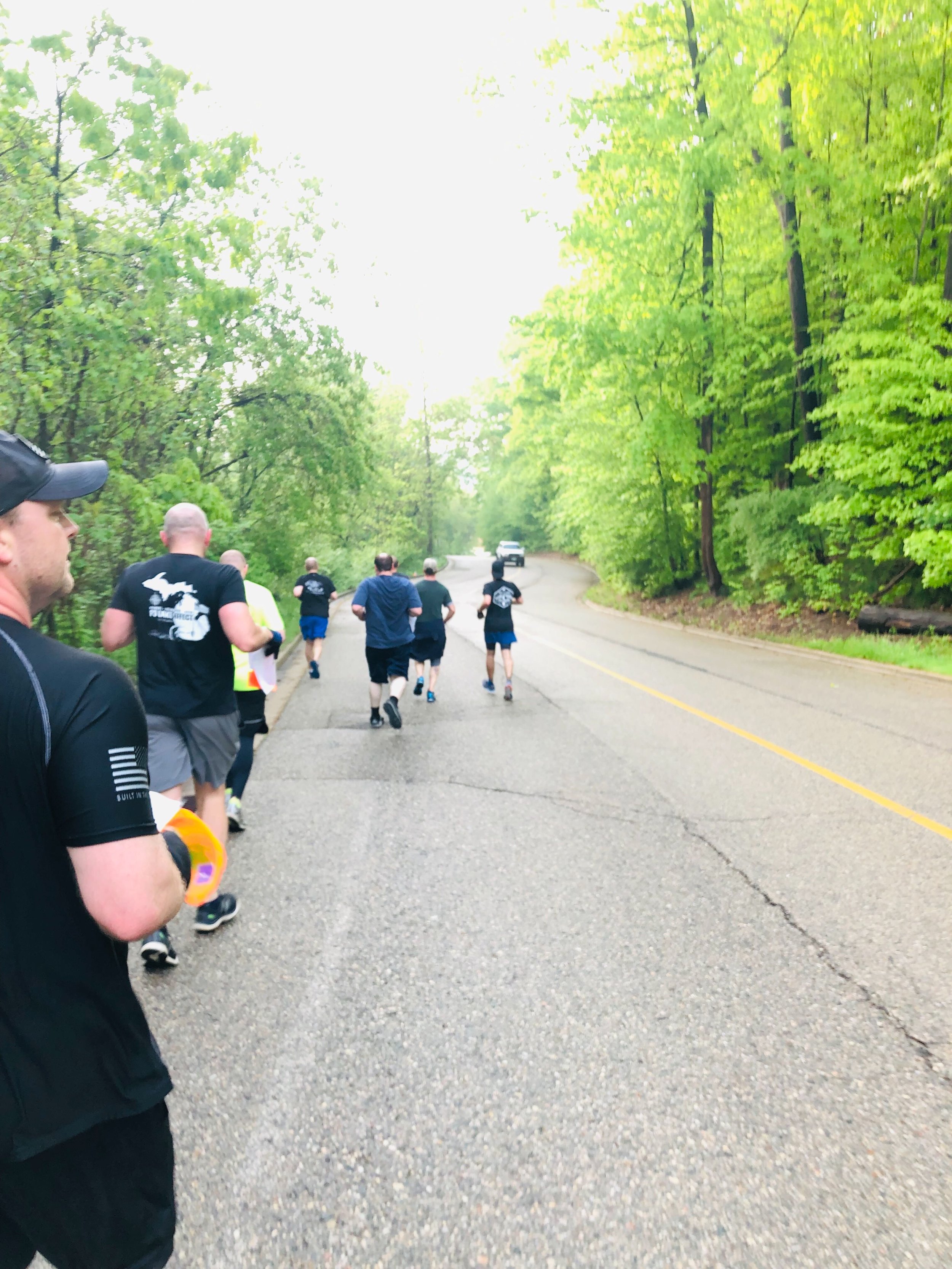 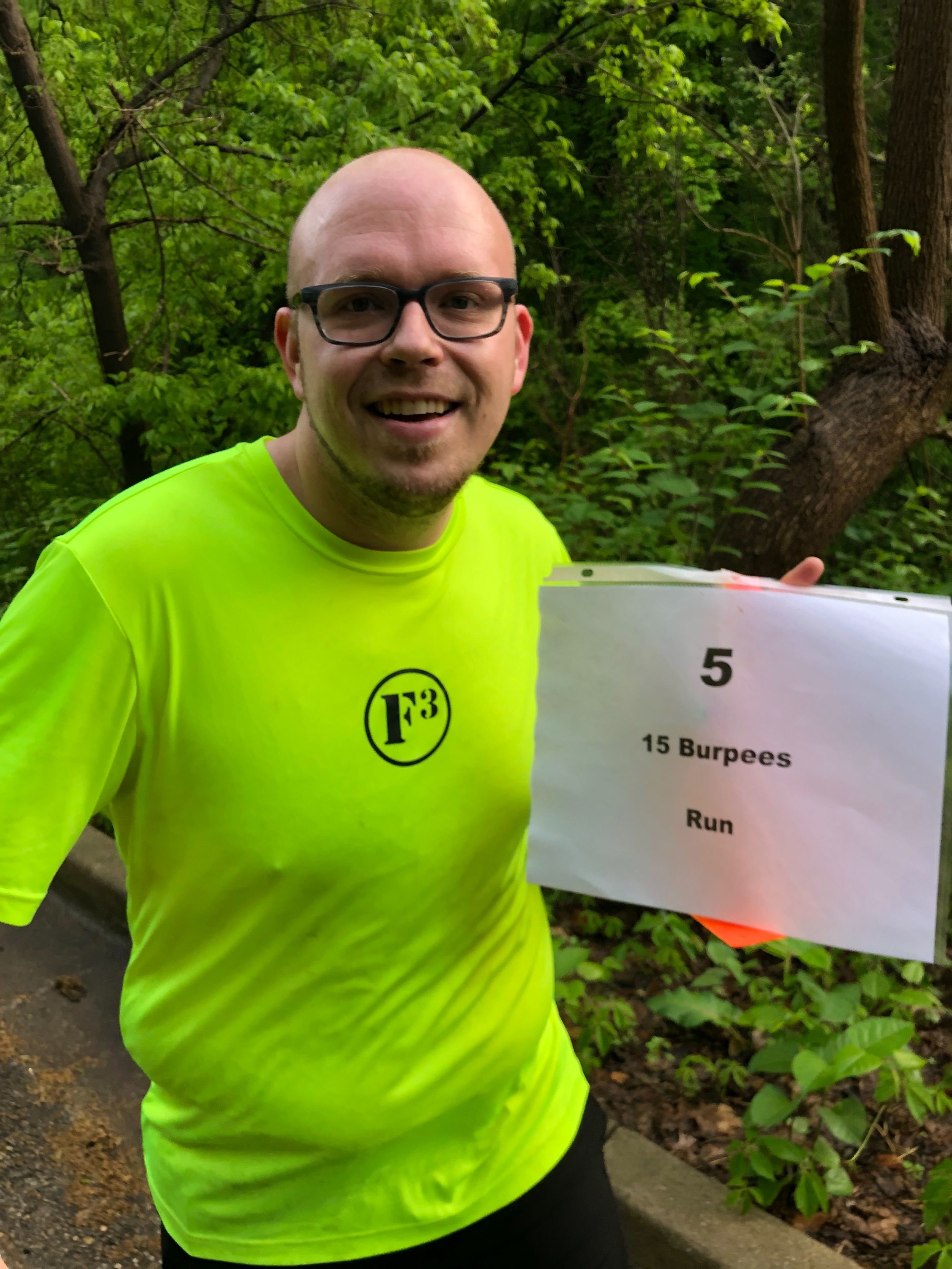 YHC has been holding this workout in a can for at least a month – maybe longer. I knew it was going to be a smoke-fest but it proved to be even more fun than originally thought. Kudos to all the HIM’s that joined me ITG.

F3 Nation is trying to determine how many PAX post daily. On Saturday, they are looking for a number from @F3 Grand Rapids. We want to show our strength in numbers. How many HC’s can I get for tomorrow’s beat-down?

Incline-icides – Suicides up a hill with various exercises thrown into the mix. Turned out to be a lot harder than anticipated. Collectively, the furthest marker that was reached was marker 6 and that was accomplished by cutting down some of the exercises.

Since we were unable to make it to marker 10, we stopped and did the (10) Windshield Wipers.

A nurse took the tired, anxious serviceman to the bedside. “Your son is here,” she said to the old man. She had to repeat the words several times before the patient’s eyes opened. Heavily sedated because of the pain of his heart attack, he dimly saw the young uniformed marine standing outside the oxygen tent. He reached out his hand. The marine wrapped his toughened fingers around the old man’s limp ones, squeezing a message of love and encouragement.

The nurse brought a chair so that the marine could sit beside the bed. All through the night, the young marine sat there in the poorly lighted ward, holding the old man’s hand and offering him words of love and strength. Occasionally, the nurse suggested that the Marine move away and rest awhile. He refused. Whenever the nurse came into the ward, the marine was oblivious of her and of the night noises of the hospital – the clanking of the oxygen tank, the laughter of the night staff members exchanging greetings, the cries and moans of the other patients.

Now and then she heard him say a few gentle words. The dying man said nothing, only held tightly to his son all through the night. Along towards dawn, the old man died. The marine released the now lifeless hand he had been holding and went to tell the nurse. While she did what she had to do, he waited. Finally, she returned. She started to offer words of sympathy, but the Marine interrupted her.

“Who was that man?” he asked. The nurse was startled, “He was your father,” she answered.

“Then why didn’t you say something when I took you to him?”

“I knew right away there had been a mistake, but I also knew he needed his son, and his son just wasn’t here. When I realized that he was too sick to tell whether or not I was his son, knowing how much he needed me, I stayed.”

The next time someone needs you … just be there. Stay.

– Ruck on Memorial Day starting at 6 AM across from the Grand Rapids VA
– Golf being planned next weekend
– Anniversary Q’s are being planned by Forrest, Basic Bro and Stalin

Its a pleasure,
MAD COW