The price of Freedom is high, and over the last 243 years, America has paid for it many times. Who’s an HC to join me Thursday morning at 7:00am at the GRCC track for a chance to reflect on America’s history and the price that has been paid for our freedom? If you have a ruck, bring it. If you don’t have a ruck, no problem, you should still post! If you have a spare ruck, bring it for people that don’t have one.

As this was Independence Day the workout was broken up into four phases, loosely linked to military history of the United States

The key to US strategy was fast moving decentralized attacks.  Strike officers.  Always be on the move

Indian Run around track – Rucks in the middle of the field.  Pax running around the track, with first Pax sprinting to center, grabbing ruck, and then returning to back of line.  Keep moving until all pax are loaded.

“They tell us, sir, that we are weak; unable to cope with so formidable an adversary. But when shall we be stronger? Will it be the next week, or the next year? Shall we gather strength by irresolution and inaction? Shall we acquire the means of effectual resistance by lying supinely on our backs and hugging the delusive phantom of hope, until our enemies shall have bound us hand and foot?”

The casualty rate at Gettysburg was 30%.

Catch Us if You Can – Pax 1 Carries Pax 2, Pax 3 does 5 burpees with ruck, run to catch up and rotate.  Complete one lap

The world will little note, nor long remember what we say here, but it can never forget what they did here. It is for us the living, rather, to be dedicated here to the unfinished work which they who fought here have thus far so nobly advanced. It is rather for us to be here dedicated to the great task remaining before us — that from these honored dead we take increased devotion to that cause for which they gave the last full measure of devotion — that we here highly resolve that these dead shall not have died in vain — that this nation, under God, shall have a new birth of freedom — and that government of the people, by the people, for the people, shall not perish from the earth.

During World War II, U.S. troops carried more than 80 pounds in the Normandy landings.  At landing, soldiers were in the ocean, 100m from cover, then 200m across beach, up 100ft hill.

After a short recovery Pax were instructed to partner up and grab a sand bag (~30-40lbs). Army crawl 100 yards across the field while pulling the sand bag as a team.

“The eyes of the world are upon you. The hope and prayers of liberty-loving people everywhere march with you….Your task will not be an easy one. Your enemy is will trained, well equipped and battle-hardened. He will fight savagely….I have full confidence in your courage, devotion to duty and skill in battle. We will accept nothing less than full Victory!”

Divide into teams of 3-4 PAX.  Pax on side of the field perform “cover” by holding their rucks overhead while one sprints to the other side of the field and then “covers” for next movement.  Repeat until all team has crossed field.

If Q sees a PAX moving without cover, all PAX must do 1 Burpee.  At any time, the Q can call out Burpee.

REPEAT UNTIL END OF TIME.

“Freedom is never more than one generation away from extinction. We didn’t pass it to our children in the bloodstream. It must be fought for, protected, and handed on for them to do the same.” 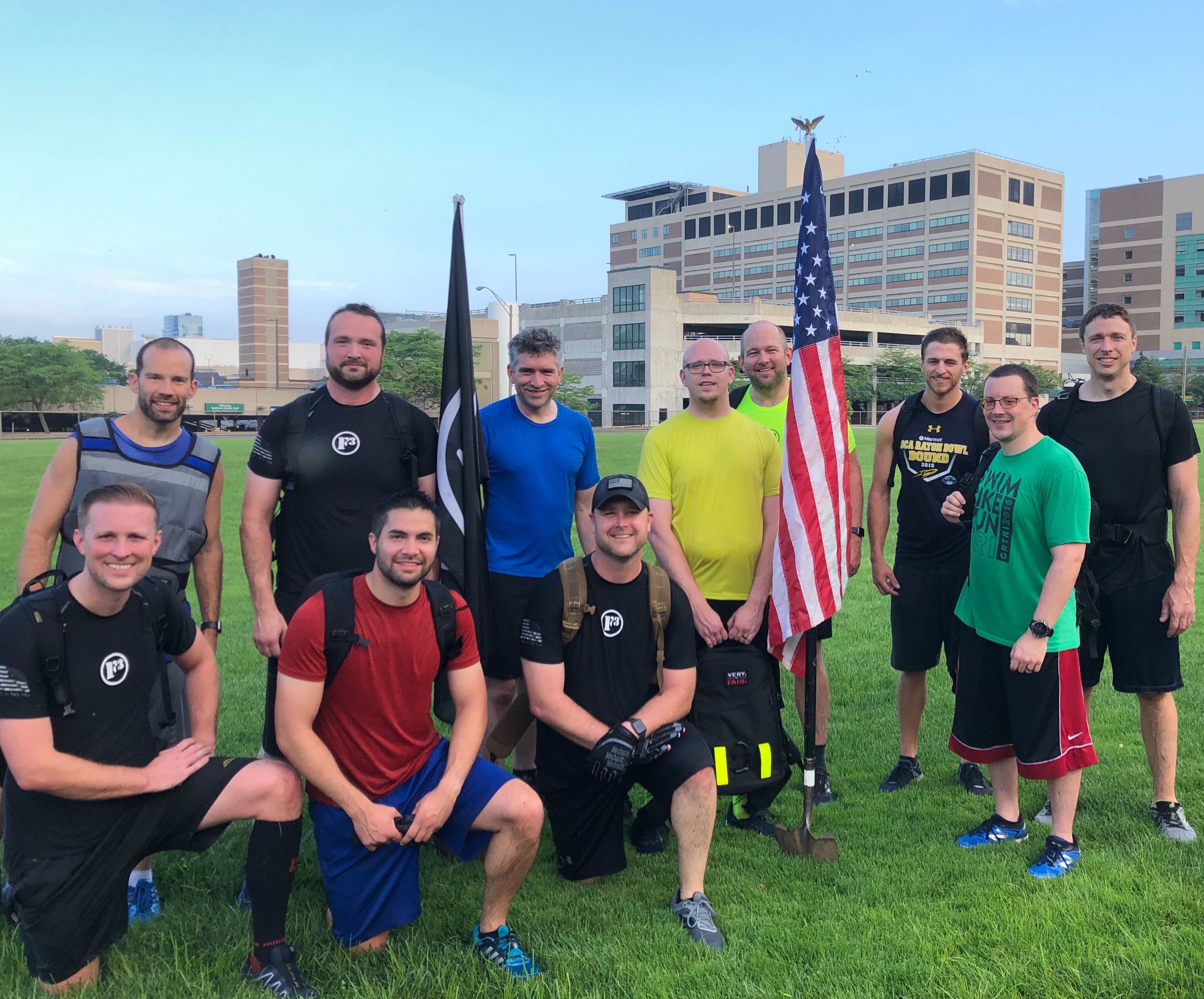 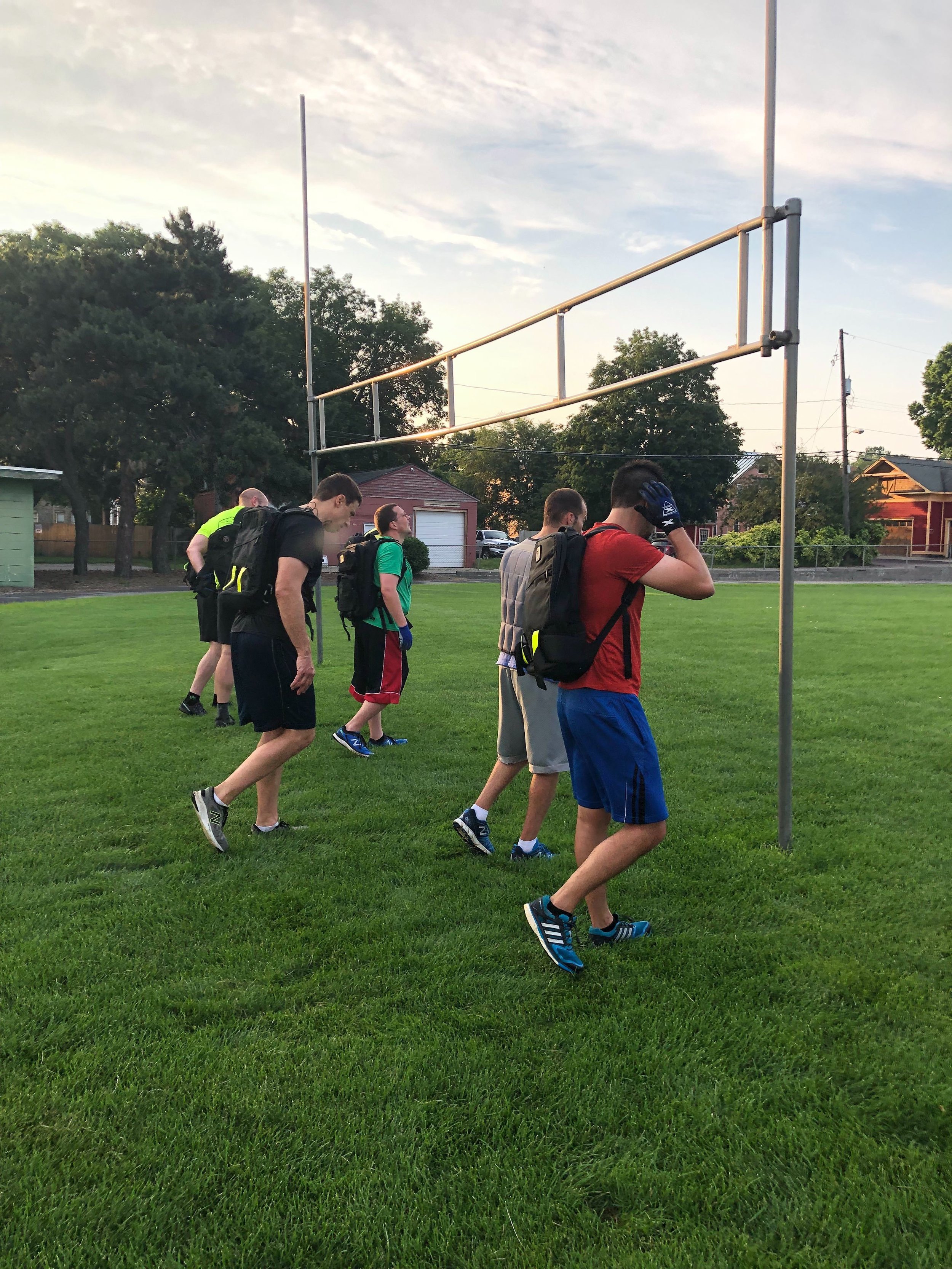 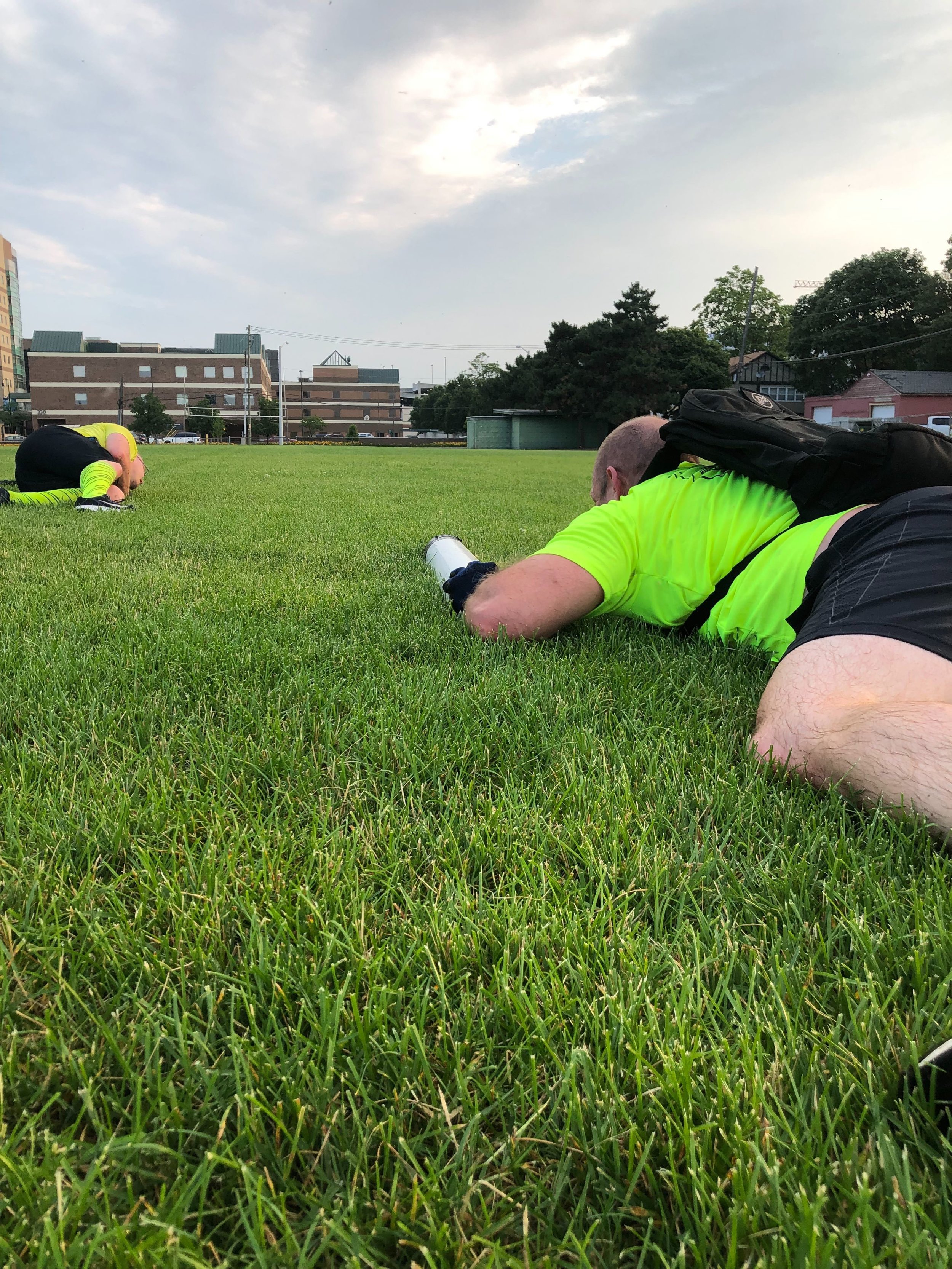 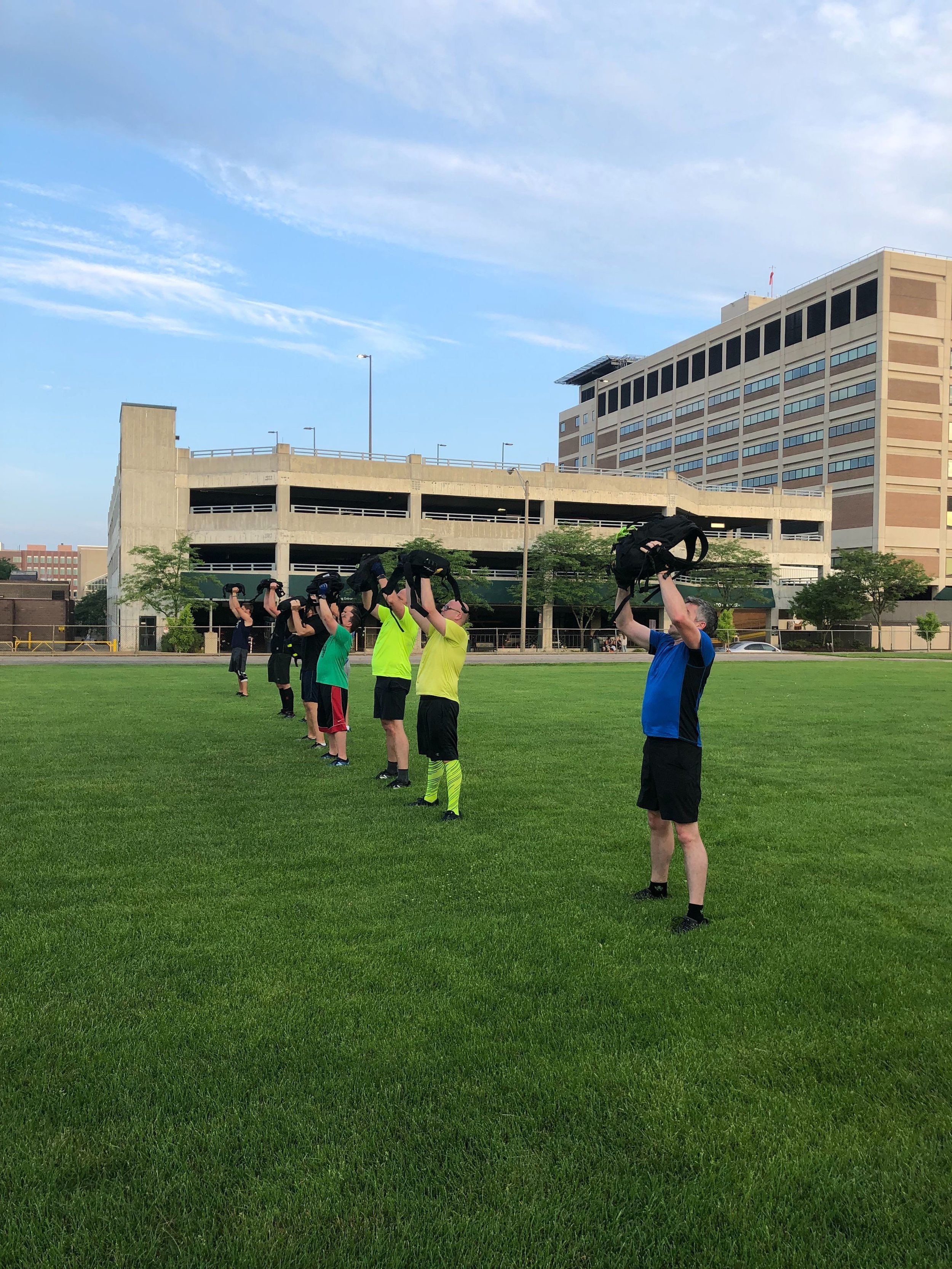 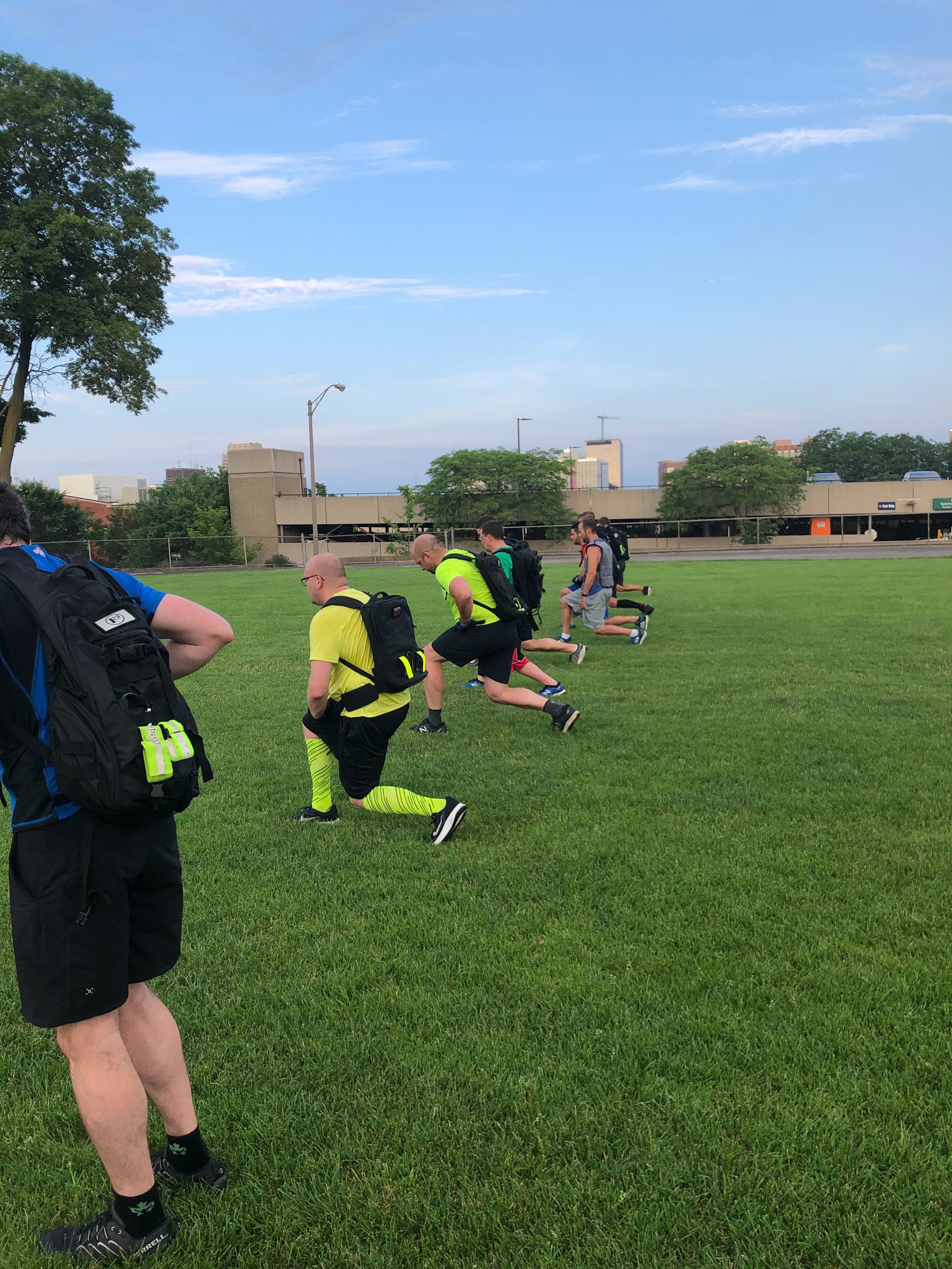 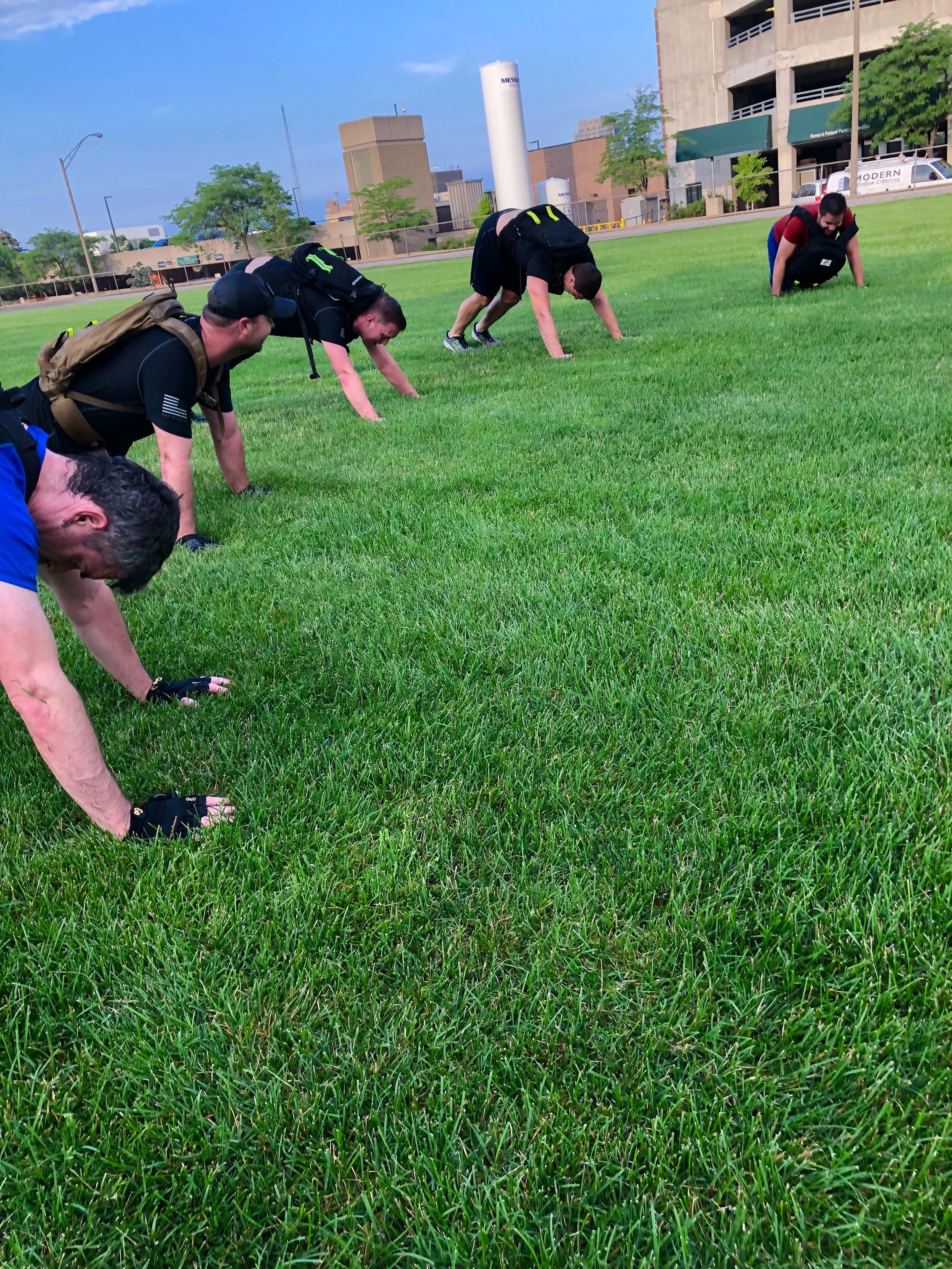 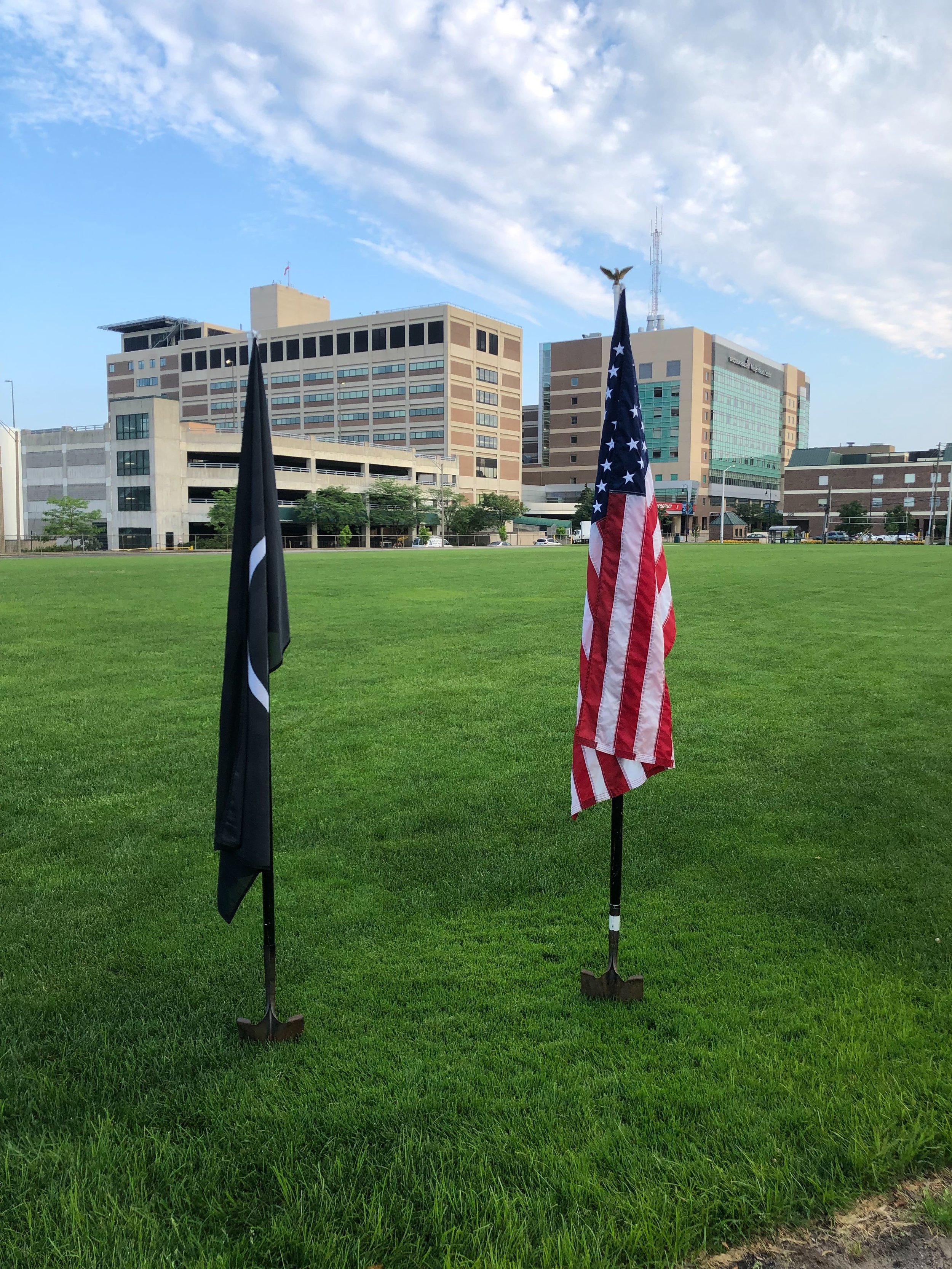